I started in on the worst of the worst jobs I think there is in this whole rehab thing (so far.)  Cleaning the undercarriage.  Pop said, “just knock off all the junk under there” but the reality of that situation was spending 4 days straight under the car on my back chipping, scrapping, un-gooing, wire brushing, etc.  I was facing forty plus years of rust, road gunk and the original undercoating and I HAD to get it down to the metal.   It’s the dirtiest job ever and in the process I’m pretty sure I’ve carpel-tunnelized myself.  Pop calls it ‘grunt work’.

Yes, that was that.  That was this past February and I wasn’t in a good place so laying under a car with nothing but one job to do was exactly what I needed.  No thinking about my business or my personal life.  One job, one goal, no thinking, just physical work.  I wasn’t in a good place emotionally which is common for me during that time of year.  Hence this post two months late but fuck it, some of you have been there.  The first couple months of the year have always tried to beat me down.  I heard that a certain Monday in January is the saddest day of the year.  Holidays over, New Year’s resolutions already in the shitter, weather sucks and the current state of the Nation sucks even harder.  Regardless, I’ve always battled the beast.  In the late 80’s I started on Lithium.  The old man shrink I had at the time used to tell me I was like a ‘fart in a jar’.  He had a very thick accent so I like to think that I heard that wrong.  Anyway, Lithium and alcohol don’t mix very well so that ended that.  My antidepressant doesn’t have to support my lifestyle, but at minimum they should get along.  No?

When Dr. Levy died, his office decided it was a good idea to send all of his notes from my visits to me.  I was 18 when I started to see him in 1989.

6/1/89:  “Feeling crumby intermittently since 1982.  Has been dysphoric episodically since 1987.  Disappointment prone and readily revs up to dissipate distress.”

I was diagnosed with cylothymia (look it up) and moved to a drug called Nardil.

Prozac to the rescue!

And on and on.  Hey, at least I can say I was a bit fucked up before it was cool to be fucked up.  Years later, exercise, meditation and a Wellbutrin/Lexipro cocktail keep me on track, but it’s always a fight.  There’s a stigma sometimes attached to depression about “just how hard life is” being a first world problem, and yes, the various things that can lead to a major depression can be classified as such.  But depression itself is something on another level.  It’s an uninvited precense that strolls into your head and turns everything to shit.  It makes everything you see and touch sting but somehow numbs you at the same time.  It’s hard to explain, I just sometimes feel absolutely everything while feeling nothing at all.

The day I started (trying) to write this post was what would have been my childhood friend Bridget’s 47th birthday.  Bridge and I became friends probably at about 6 years old and my older sister Kristen and Bridget’s older sister Trish were also friends.  Bridge and I were not good girls in the mid 80’s.  Kris and Trish were totally annoyed by us, but at the same time worried about us.  At 15 we hitchhiked, stole, partied, vandalized, went to the Rocky Horror Picture Show (Dammit Janet, I love you!), drank too much (carrying my personal liter bottle of Wine Coolers around parties was my thang) and generally got ourselves into trouble.  Later in life we didn’t talk as much as I wish we had.  We both battled the beast and I think we reminded each other a too much of our weaknesses or vulnerabilities.  The morning after Bridge killed herself two years ago my sister called me.  She sobbed, “It could have been you.”  I beat the beast, Bridge didn’t.  The perfect storm took her and as horrific as that is, I get it. 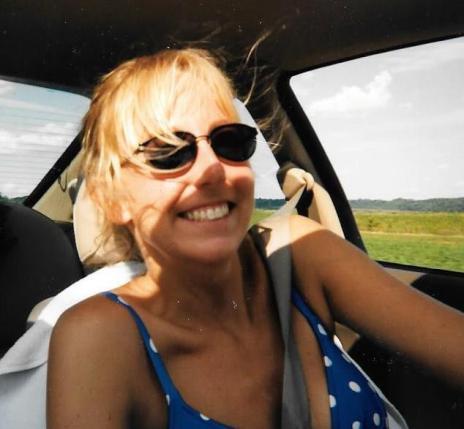 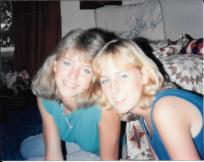 I think about Bridget often, mostly when I shave my legs (she’d know why) and I continue to fight the fight.

Grunt work.  It’s the life you live between the highlights.  It’s the day to day.  It’s the getting yourself out of bed in the morning.  It’s the searching for joy and gratitude in the little things.

If you’re feeling me now, know that I understand.  Keep fighting.  I love you.